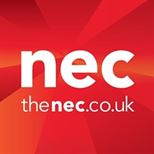 Tickets for events at NEC, Birmingham

Sorry, there are currently no shows available.